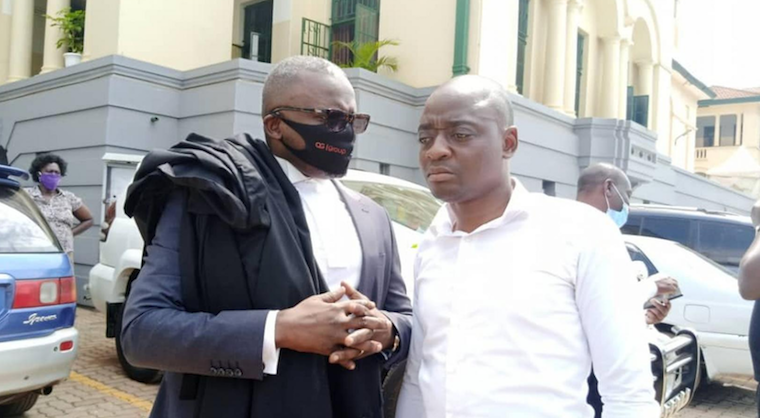 The raging battle for 140 acres of land in Kigo between businessman Hamis Kiggundu and Kabaka of Buganda, Ronald Muwenda Mutebi II has entered its nastiest phase yet.

In a shocking turnaround, the businessman has laid another firm claim to the land. In March this year, Buganda kingdom stopped Kiggundu from constructing a road between Mirembe Villas and Serena hotel in Kigo to gain access to the disputed land.

He claimed to be working with the Uganda National Roads Authority (UNRA) to construct this road off Entebbe Expressway but UNRA immediately distanced itself and withdrew the permit it had issued to him.

Mengo insisted that the land claimed by Kiggundu is Kabaka’s and all titles being brandished by Kiggundu were acquired fraudulently. Kiggundu would later denounce his interest in the said land saying, “I am a Muganda and cannot be seen to be fighting the Kabaka whom I respect a lot.”

Mengo then hired two law firms; K&K and Sebalu and Lule Advocates to begin the process of cancelling the freehold titles that had been issued to Kiggundu through his company, Kiham Enterprises.

In a turn of events, when the cancelling hearing commenced at the office of the Commissioner, Land Registration (CLR), Kiggundu came with a team of lawyers led by Fred Muwema and insisted that the land in question was legally acquired and the Kabaka wanted to steal it from him.

In their defense, Kiggundu’s lawyers claimed that their client obtained the land through Wakiso district and the titles fall in the Lake Victoria area, not Kabaka’s land.

“The area where our client’s freehold titles are situate is part and parcel of the total lake area and constitutes former public land vested in the government pursuant to Article 244 (1) (a) of the Constitution,” wrote Kiggundu’s lawyers Muwema and Co. Advocates to the CLR on May 12, 2022.

“We contend that our client’s freehold titles are not liable to be cancelled because they were lawfully issued to it by Wakiso district land board and they do not overlap any Mailo Land.”

“Government or a local government shall hold in trust for the people and protect natural lakes, rivers, groundwater, natural ponds, natural streams, wetlands, forest reserves, national parks and any other land reserved for ecological and touristic purposes for the common good of the citizens of Uganda.”

It further adds that “The Government or a local government shall not lease out or otherwise alienate any natural resource referred to in this section.”

The Ugandan land laws prohibit the issuance of freehold titles on mailo land. The land in question falls on Block 273 in the names of the Kabaka of Buganda measuring 16.62 square miles – part of which is the Lake Victoria shoreline.

However, Kiggundu somehow obtained a freehold title on the same land through Wakiso district. Documents seen by The Observer show that in November 2019, Kiggundu paid only Shs 100,000 to get a freehold title for the said land measuring about 140 acres.

Yet, on the open market, one acre of land in Kigo around 2019 was valued at about Shs 500m. A letter by the Wakiso district senior land management officer, Gilbert Kasozi, reveals that this was “fraud at its best” because the process used was marred with forgeries and irregularities.

Writing to the senior registrar of titles for Wakiso on October 2, 2020, Kasozi distances himself from the process that led to the issuance of four freehold titles to Kiggundu’s company.

In the said letter, Kasozi says that all documents and approvals that led to the issuance of Kiggundu’s titles were illegally procured and through forgeries. For instance, he singles out the area land committees used to approve the processing of the titles as being non-existent.

The Observer has also seen an inspection report by one Shaban Kawooya, the alleged area land committee chairman for Kajjansi, prepared on February 3, 2017.

In his report, Kawooya says they visited the area in the company of neighbours and found that Kiham Enterprises had developments on the land, which included farming of different crops in the said area. However, the said land is a lakeshore with no activity at all and no access road.

Meanwhile, Kawooya’s report concluded, “With the above, the committee unanimously agreed that we recommend the above-named person for a conversion from customary tenure to freehold.” It is worth noting that there is no customary tenure in Buganda as reported by Kawooya.

He also reports that neighbours had confirmed that Kiggundu was the owner of the land and signed to that effect. But the said neighbours are Mirembe Villas and Serena hotel Kigo, and the latter has since petitioned the ministry of Lands and other authorities about Kiham’s encroachment.

In Kasozi’s letter which unearthed the irregularities, he further adds that the minutes leading to the issuance of this title were also forged.

“According to available records, the said minute is fictitious and non-existent….The signature of the senior land management officer on both the purported offer and forwarding letter were forged and so were the signatures of the chairperson and secretary of district land board,” he says.

The fraud allegedly involved officers at the Wakiso lands offices who ‘officially’ asked Kiggundu to pay just Shs 100,000 to get the 140 acres.

According to land experts, this is the latest technique of land grabbing where people make titles over other titles while others make titles on lakeshores, riverbanks, and forest land, among others. Meanwhile, the hearing for the cancellation of the titles is still ongoing at the office of the Commissioner of Land Registration.